11/7/2022 -
Belleville, IL. (11/7/2022) Aiming to meet the demand of competitors while listening to the input of sanctioned venues, the POWRi Weekly Division cont

9/5/2022 -
By POWRi PR (Eldon, MO) -- Joe B Miller would use a late-race resurgence in the Lucas Oil POWRi 410 Wing Outlaw Sprint League feature event for Night 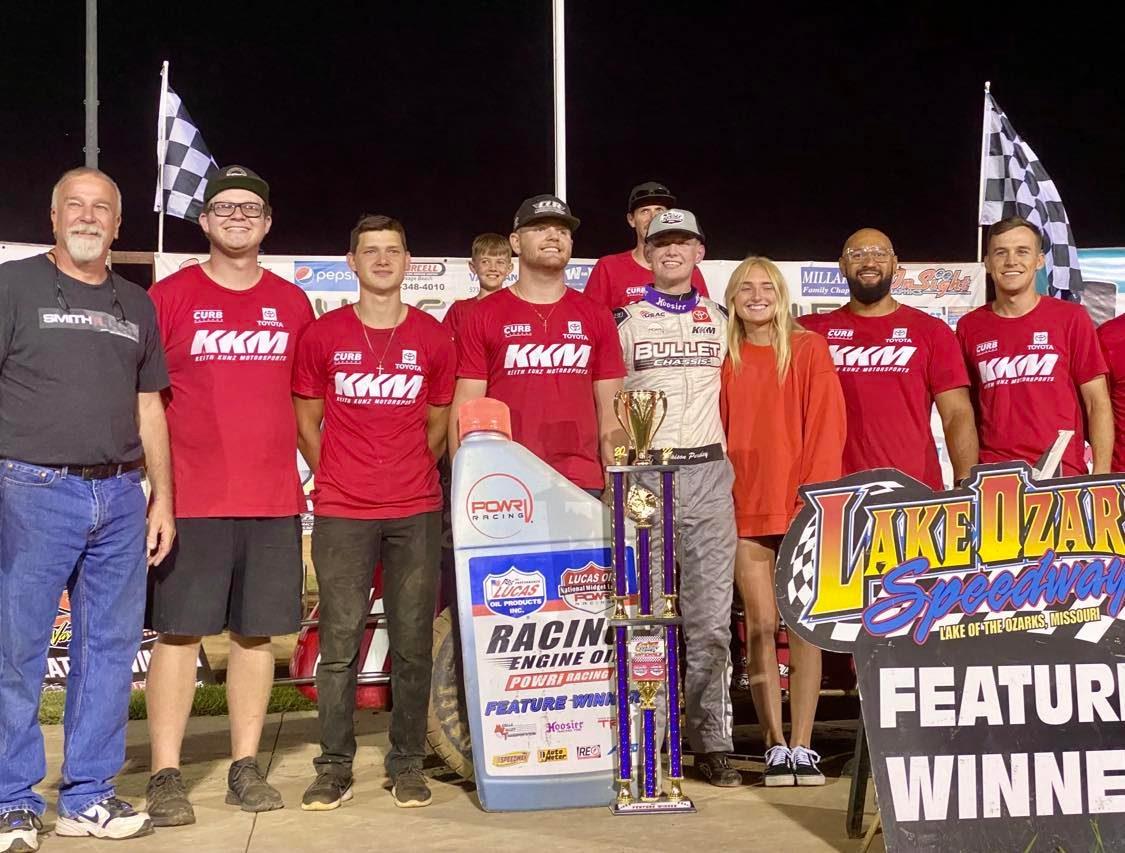 Belleville, IL. (9/4/22) Daison Pursley would put an emphatic statement on his comeback story at Lake Ozark Speedway’s Fall Sprint & Midget Nationals on Night Two to capture his seventh career victory with the Lucas Oil POWRi National and West Midget Leagues to wrap up a weekend holiday celebration of speed at The Lake.

Holding the front of the field for the first few laps, McDermand would appear to be the fastest performer until a turn three mishap would take McDermand and the second-running Gavan Boschele from the competition.

Inheriting the lead, Brenham Crouch would hold the top spot until cutting a tire forcing him into the work area as runner-up Daison Pursley would inherit the lead after the restart.

Putting an exclamation point on the comeback story, Daison Pursley would not be denied in the twenty-five lap event with the Lucas Oil POWRi National Midget League to earn the feature victory.

“Nine months ago, I didn’t think I would ever race again, for this to be possible I can’t thank this team enough. Not only for keeping a ride open for me but all their help and support. This truly felt like a lifetime coming back but it means so much to me” stated an emotional and celebratory Daison Pursley in the Eldon Missouri Winner’s Ceremony.

Staying close in the entire feature, Taylor Reimer would secure a solid showing of runner-up with Brenham Crouch racing back into completing the feature's final podium placement. Brent Crews would show speed all event to finish fourth as Shannon McQueen rounded out the Lucas Oil POWRi National and West Midget League top-five finishers at Lake Ozark Speedway on Night Two of the Fall Sprint and Midget Nationals.

Subscribe today at MAVTV on www.floracing.com to catch all the action LIVE and ON-DEMAND.